A Glimpse into the Queen’s Diamond Collection

Queen Elizabeth II owns a huge and historic collection of jewels, and it is clear that Her Majesty has a great taste for diamonds.

While most of the diamonds on this list are from her personal collection, others form part of the British Crown Jewels which are held in trust by the Queen for both her royal heirs and the nation as a whole.

Here are some of the most wonderful diamonds in the Queen’s collection:

Queen Victoria’s diamond fringe brooch is also known as the Tassel or Waterfall Brooch. The brooch has a rich mix of history and carat weight.

The piece includes a huge, brilliant, emerald-cut diamond which is encircled by smaller brilliants. Nine swinging diamond chains suspend from an outer row of 12 large diamonds.

The Fringe Brooch was almost certainly made by R & S Garrard in around October 1856. The jewellers used as inspiration another piece that the Sultan of Turkey had presented to Victoria that same year.

Victoria left the brooch to King Edward VII who allowed his wife, Queen Alexandra, to wear it in public on many occasions. Queen Elizabeth, the Queen Mother also wore the Fringe Brooch for the 1953 Coronation of her daughter, Elizabeth II. 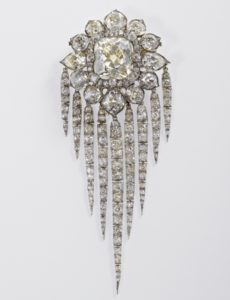 The Queen wore the Russian Fringe tiara on her wedding day in 1947. As a result, it is said to be particularly dear to her.

The tiara was made in 1919 for Queen Mary (formerly Mary of Teck), the Queen’s grandmother. Some claim that the piece is made from diamonds that once belonged to George III, but this is not actually true. The Russian Fringe is a different piece to the one consisting of George III’s diamonds (which belonged to Queen Adelaide in the 19th century). 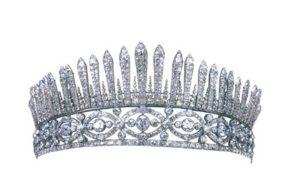 The Koh-i-Noor (also spelled Kooh-è Noor and Koh-i-Nûr) takes its name from the Persian for “Mountain of Light”. As befits such an exotic and beautiful name, this once 793-carat diamond hails from 13th century India and was first owned by members of the Kakatiya dynasty.

The diamond became one of the spoils of war and changed hands many times in South Asia over the next few centuries. Following the British conquest of the Punjab in 1849, it came into the possession of Queen Victoria.

The Queen’s husband, Prince Albert, was unhappy with its unusual appearance. So in 1852, the prince ordered the royal jewellers to cut it down from its then weight of 186 carats to its current 105.6 carats.

In this current form, the Koh-i-Noor is far from perfect by today’s standards. Indeed, its broad culet creates the impression of a black hole. However, the stone remains vibrant and unusually beautiful.

The diamond is also said to carry a curse, with origins in Hindu culture. The ancient text reads:

“He who owns this diamond will own the world, but will also know all its misfortunes. Only God, or a woman, can wear it with impunity.”

For centuries, the stone appeared to stay true to its curse, with many of its owners meeting unfortunate ends. Given the nature of the curse, it is perhaps fortunate that the current owner is a woman. The Koh-i-Noor is part of the Crown Jewels on display in the Tower of London. 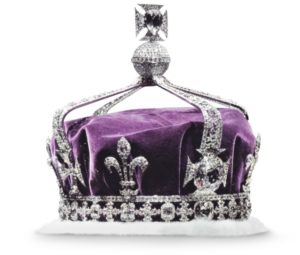 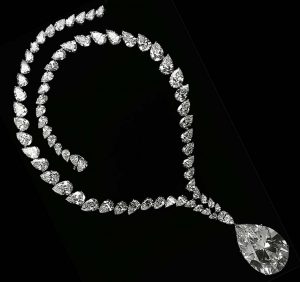 The Glamorous Story of the 68-Carat Taylor-Burton ...

The whole story of the Taylor-Burton diamond is glamorous to a fault. The 68-carat stone even had illustrious beginnings, havi ...
Explore 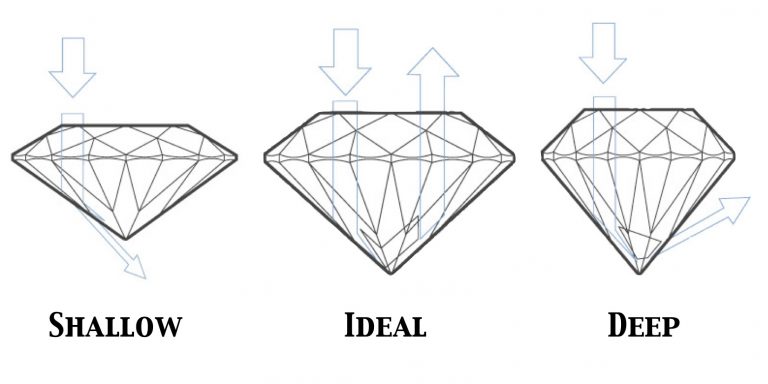 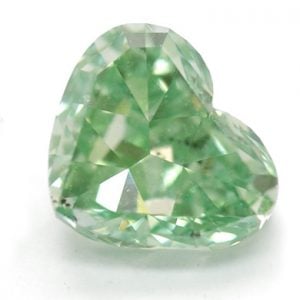