What is My Birthstone?

Few things are as uniquely significant to us as our date of birth. That special date assigns a great deal to us, from our Zodiac to our birthstone. Birthstones are a collection of different coloured gemstones given to each birthday month. But do you know what your birth stone is, and the meaning behind it?

Birthstones have long been given as birthday gifts and have long and interesting histories.

You may be asking, “What is my birthstone?” Discover the answer with Angelic Diamonds, as well as interesting facts and mythologies so you can decide on a piece of jewellery perfect for yourself or a loved one.

What is My Birthstone?

The garnet gemstone’s name traces back to medieval Latin granatus, which translates to ‘pomegranate’, akin to the striking rich red colour of the gem and seeds of the fruit. 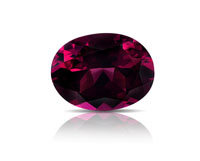 Garnet is said to represent love and has strong links with the heart, blood, passion, and life. This striking red gem is thought to bring love and friendship to those born in January.

Legend has it that garnet birthstones possess a wide range of physical and mental health benefits. Rooted in Indian astrology, negative emotions can be replaced with confidence and mental clarity. Wearers of the stone are in a positive headspace to be creative and bold. It is also believed to remedy inflammatory diseases and reenergise the blood, heart, and lungs.

This purple variety of quartz naturally occurs in a spectrum of violet hues, from pale lavender to deep, rich purple. Amethyst’s name derives from the Greek word amethystos, meaning ’sober‘. Many believed that the amethyst gemstone stopped people from getting too drunk, so alcoholic drinks were drank from amethyst-encrusted chalices. 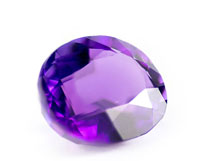 Amethyst is thought to reinforce relationships and courage and was once only allowed to be worn by royalty.

According to legend, amethysts enhance the immune system and skin and regulate hormones and digestive health. In Greek mythology, this gemstone promotes feelings of serenity and calmness as well as reducing anxiety and pain.

Ranging from deep green blue to light hues, aquamarine is a gemstone free from inclusions and represents purity of spirit and soul. The name of aquamarine derives from Latin – aqua marina – meaning ‘sea water’. 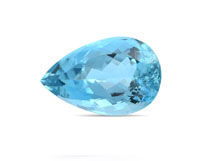 The aquamarine birthstone is thought to be effective in holistic healing of trauma as well as soothing conflict and stress. In the modern world, the birthstone is linked to youth, health, hope, and love.

One of the world’s most sought-after stones, the name diamond comes from the Greek word adámas, which means ‘unconquerable’ or ‘indestructible’. Ancient Greeks thought diamonds were the tears of gods, and Romans thought they were fallen stars. 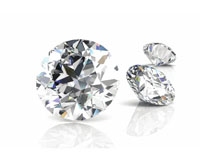 Diamonds represent eternal love and marriage due to it being the hardest mineral on earth. It is the cornerstone of engagement rings and wedding rings.

It is rooted in myth that gifting diamond jewellery accelerates feelings of affection and can even re-establish lost love between husband and wife.

The emerald is the most valued green gemstone and gets its name from the Greek word smaragdos, which quite literally means ‘green gem’. Emerald has enchanted royalty and was known as Cleopatra’s favourite stone. 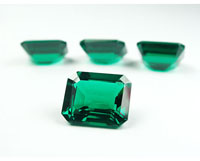 Carrying a rich history, the emerald is associated with to love, rebirth, and fertility. In Ancient Egypt, mummies were buried with emeralds to signify eternal youth.

Legend has it that emeralds treat infectious illnesses and detoxify the liver. Memory and mental clarity are improved as well as keeping negative emotions at bay.

An established symbol of purity, the pearl is believed to be tears of joy from the goddess of love, Aphrodite. Occurring naturally in oceans, lakes, and rivers, the pearl takes years to form organically in oysters and mussels. 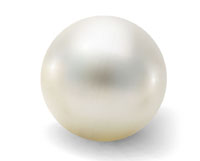 Its name comes from the Latin word perna, meaning ‘leg’, and signifies the shape of the bivalves that produce pearls. Pearls have connotations purity, humility, and innocence, and are considered a traditional wedding gift.

Pearls are thought to heal organs as well as treat ailments such as stomach aches and colds. Pearls are rooted in legend as aiding fertility and soothing the birthing process.

Similar to the garnet, the ruby is symbolic of love and passion, derived from the Latin word ruber, meaning ‘red’. Developing in a gorgeous spectrum of reds, ranging from pale rose red to the deepest crimson, this gemstone radiates warmth. 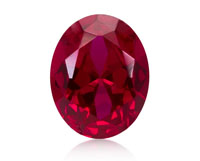 Folklore states that rubies are the ‘king of all gems’, bringing good luck, love, loyalty, and confidence while warding off evil and harm. In the Middle Ages, rubies were thought to deepen in colour to warn its wearer of danger.

Rubies stimulate and detoxify as well as encouraging laughter, happiness, and spontaneity.
Feelings of lethargy are reduced while calming hyperactivity.

Referred to as the ‘evening emerald’, the peridot was once believed in Ancient Hawaiian myth to be tears of the volcano goddess Pele. The origin of its name is uncertain, though it is suggested that it could be named after the Arabic word faridat, meaning ‘gem’. 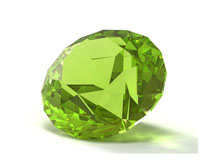 Believed to ward off nightmares, peridot was often set in gold and worn as a talisman in medieval Europe to protect against evil spirits.

Known to be a powerful cleanser, peridot is believed to reduce negative feelings such as:

Legend has it that this gemstone opens our hearts to new relationships, good health, and sleep, alongside supporting a balanced mind and emotions.

The blue variety of ruby, the sapphire is a blue gem that has been cherished for thousands of years and comes from the Greek word sappheiros, which has origins of ‘stone’ and ‘blue’.  Sapphires have decorated robes of the clergy and royalty due to it being symbolic of mirroring the blue of heaven. 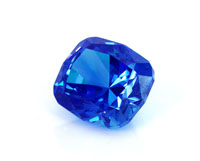 The blue sapphire gemstone represents purity, wisdom, honesty, loyalty, and trust, and was the main stone on the engagement ring of Princess Diana.

The sapphire is believed in folklore to be the most spiritual of the gems, possess healing powers strong enough to cure plague boils and diseases and promote peace and vitality.

The opal comes from the Latin word opalus, meaning ‘precious jewel’ and is esteemed for its rainbow hue. Nomadic Arabic tribes once believed that opal gemstones were made of lightning and rained down from the sky during thunderstorms. 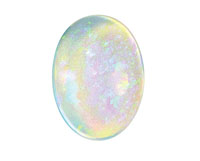 Medieval Europeans with blonde hair wore opals around their necks to keep their hair colour bright and blonde. This magical gemstone is also believed to heal depression and help its wearer to find true love.

Healing properties of opal are thought to release anger and instil self-confidence and independence. Legend believes that opal is good for hydration and water retention, purifying the blood and kidneys, and strengthening the body.

The name for topaz is traced back to the Sanskrit word tapas, which means ‘fire’. Ancient Egyptians believed that topaz came from the sun god, so they used it to protect the health of mind and body, heal, and get strength. 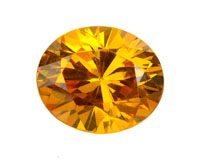 Historically, golden topaz was believed to attract wealth as well as signifying love and affection.

An intense combination of blue and green, the turquoise gemstone has been cherished for around a thousand years by rulers, including pharaohs of Ancient Egypt. 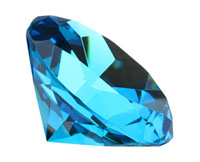 Ancient Persians believed that the turquoise’s colour would fight off the evil eye. Its healing properties are believed to cure depression and inspire confidence.

Dubbed the ‘lover’s stone’, turquoise is thought of as a love charm and guarantees fidelity between couples as well as success and wealth.

All birthstones have an interesting history that trace back long, long ago. If you're considering gifting birthstones for someone in your life or a personal treat, browse Angelic Diamonds for a wide range of jewellery options.

Everyone's relationship is different, but we are often faced with similar issues.Everyone wants to feel good – a carefre ...
Explore 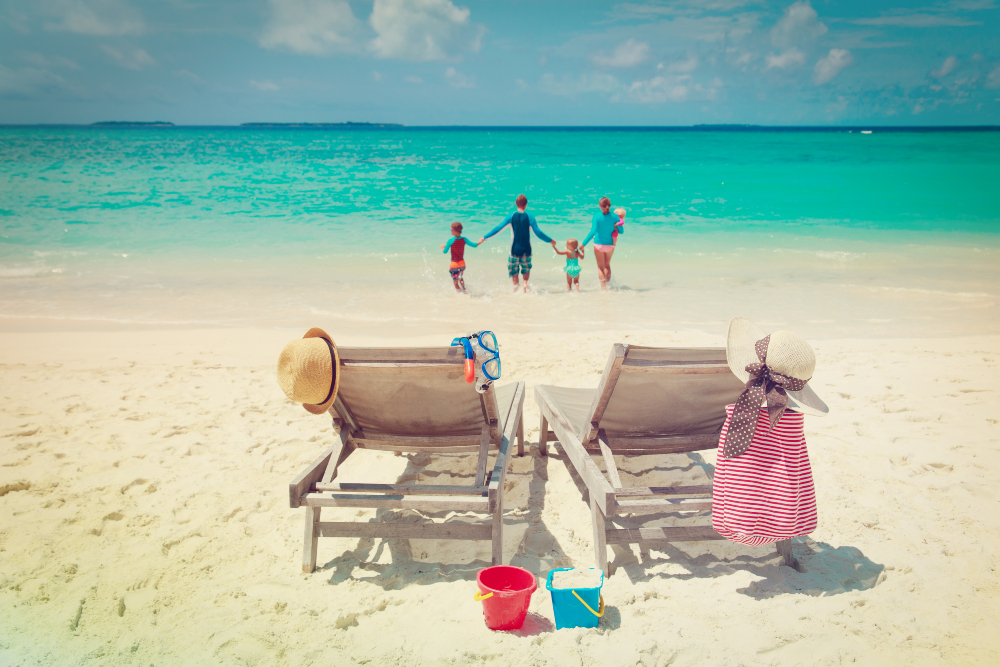 5 Reasons To Have a Familymoon

Planning a honeymoon is one of the most exciting things about getting married. Browsing exotic locations, looking through hotels a ...
Explore 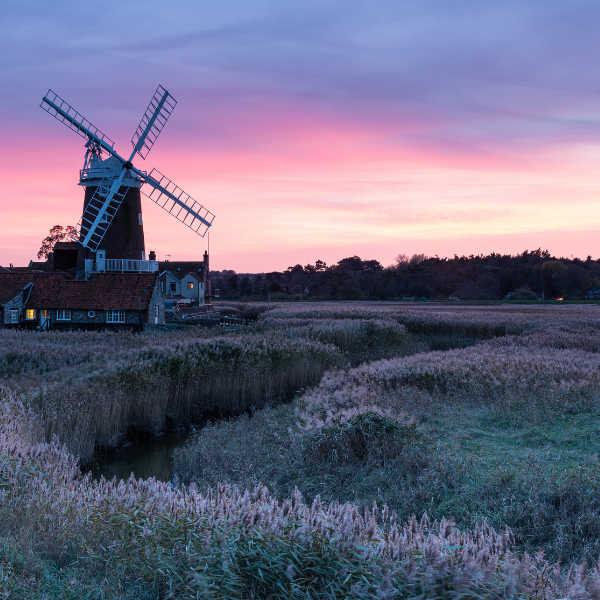 6 Unusual Wedding Venues in the UK

Finding the perfect wedding venue is much easier said than done. You can only view so many places before they all start to feel a ...
Explore